Crawling and scratching their way up from the gutters and swamps of society, Gdjet and Lulu present an evening of anarchic entertainment. Armed with only stools, microphones, a red curtain and a spotlight, they expose the hypocrisy and reveal the truth behind the bedtime stories we are told by the powers-that-be who wish us to continue our 21st century sleep…

The idea is so vivid – timely, disturbing, and so well worked out in the best of Clancy’s writing – that the show is impossible to resist, and it slices down to the hidden reality of the way we live now, in a way that makes the rest of our theatrical world seem pallid, and a little short of the courage it takes to face a terrible truth.

Gdjet and Lulu preside over a grimly madcap, blisteringly funny, and sometimes genuinely unnerving summation of humanity’s worst failings. A confident, savvy, dark, and oddly poignant gem of a show … one that will simultaneously have you laughing, outraged, and terribly sad at the terrors of the modern world. 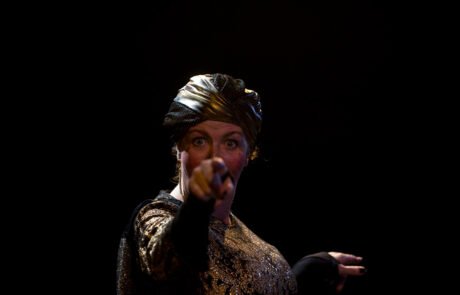 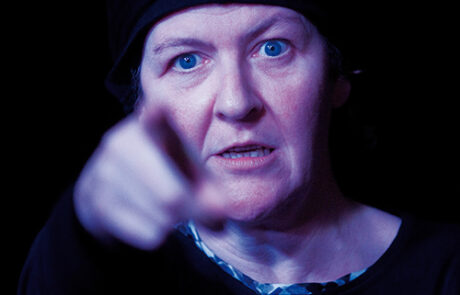 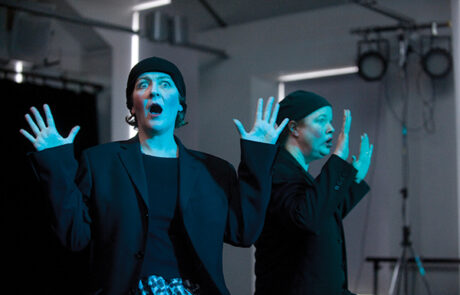 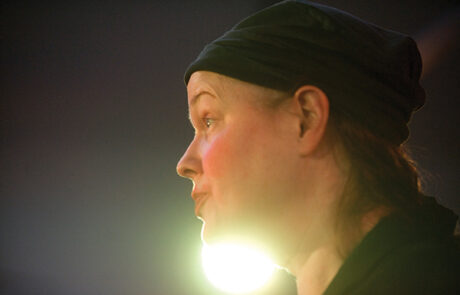 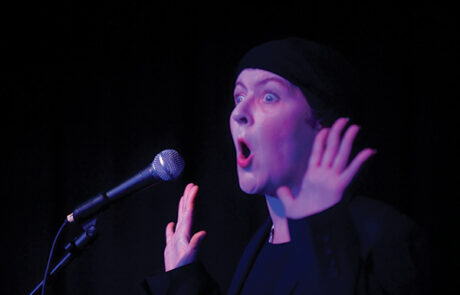 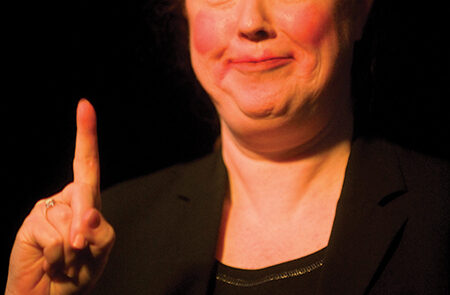 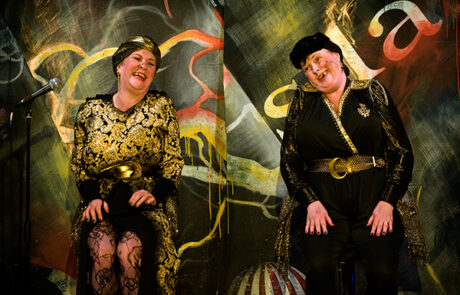 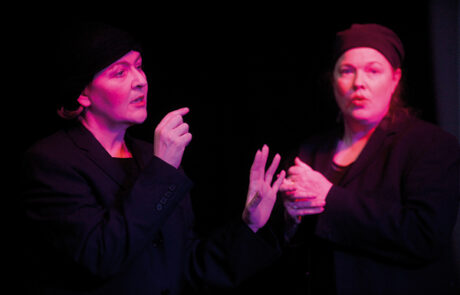 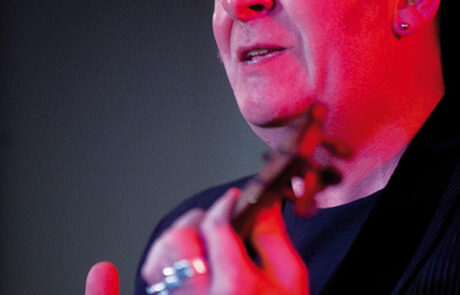 Apocalypse was produced by The Occasional Cabaret in association with Clancy Productions. The production toured to enthusiastic response throughout Scotland in October 2011.

In July 2012 the show (retitled The Apocalyptic Road Show) played as part of Ice Factory, the OBIE Award-winning summer festival of new work at the New Ohio Theatre, New York.

What our audience thought…

I really loved this. Engaging, captivating, powerful and performed with heart.

That was an incredible experience of the utter power and possibility of the theatrical space. Not since Wallace Shawn’s The Fever (which I saw about 20 years ago) have I seen such an affecting cathartic show. Wow!

Apocalypse is a cabaret-style performance, where the audience are seated at tables and scenes are played in, and amongst, them. 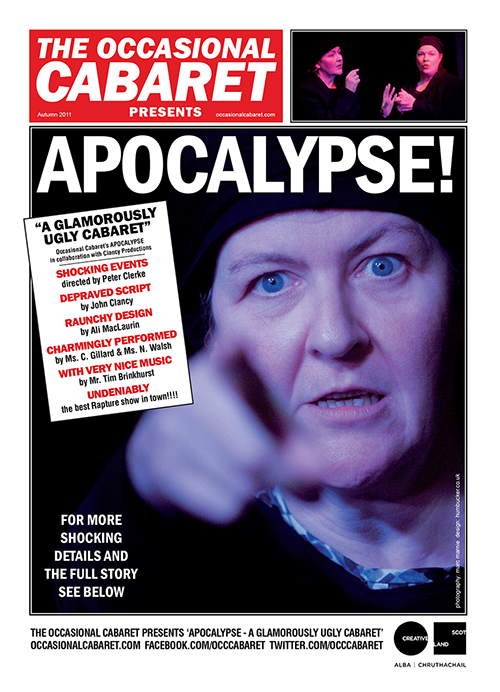